The Weirder Side of Pluto 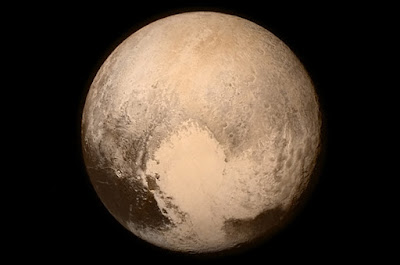 It's pretty hard not to get excited about the recent images of Pluto and Charon captured by NASA's New Horizons space craft.  Even more so if you happen to be an aficionado of weird fiction.

Pluto, one of three dwarf planets within the Kuiper Belt at the edge of our solar system, is better known to fans of H.P. Lovecraft as Yuggoth, the far off outpost of the alien fungoid monstrosities, the Mi-go.  Lovecraft first mentioned the inscrutable fungi from Yuggoth in his story, "The Whisperer in the Darkness":

"Yuggoth... is a strange dark orb at the very rim of our solar system... There are mighty cities on Yuggoth—great tiers of terraced towers built of black stone... The sun shines there no brighter than a star, but the beings need no light. They have other subtler senses, and put no windows in their great houses and temples... The black rivers of pitch that flow under those mysterious cyclopean bridges—things built by some elder race extinct and forgotten before the beings came to Yuggoth from the ultimate voids—ought to be enough to make any man a Dante or Poe if he can keep sane long enough to tell what he has seen..."

"The Whisperer in the Darkness" was written in September, 1930, just seven months after Pluto was discovered by Clyde Tombaugh the previous February.  The discovery of what was believed to be a ninth planet in our solar system had to have appealed strongly to Lovecraft's imagination.  He was well read in scientific developments of his day and many of his stories reflect the cutting edge of contemporary science.  Einstein's work, most notably his 1915 paper on general relativity, influenced many of Lovecraft's ideas about the nature of reality, and the notion of non-Euclidean geometry was a recurring theme in many of his stories. Indeed, the existential horror of Lovecraft's Cthulhu mythos is no less than a reflection of society's fear of the philosophical ramifications of the theory of Natural Selection, which shattered the notion of mankind's ordained supremacy in the universe.

Lovecraft grew up in a golden age of science.  Born in 1890 at the tail end of the Victorian era, he was witness to many of the ground-breaking discoveries that fundamentally reshaped our perception of the universe and our place in it.  While many of his contemporaries basked in the optimistic potential that future discoveries would deliver, Lovecraft speculated upon the risks that unfettered knowledge might bring, and the opening paragraph of his 1926 story, "The Call of Cthulhu" reflects these misgivings:

"The most merciful thing in the world, I think, is the inability of the human mind to correlate all its contents.  We live on a placid island of ignorance in the midst of the black seas of infinity, and it was not meant that we should voyage far.  The sciences, each straining in its own direction, have hitherto harmed us little; but some day the piecing together of dissociated knowledge will open up such terrifying vistas of reality, and of our frightful position therein, that we shall either go mad from the revelation or flee from the deadly light into the peace and safety of a new dark age."

While it's doubtful that the New Horizons craft's voyage upon the black seas of infinity will reveal any terrifying vistas of reality, lets hope that the next images of Pluto don't feature any cyclopean black monoliths... 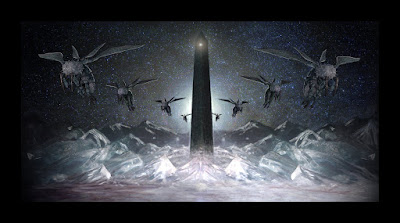 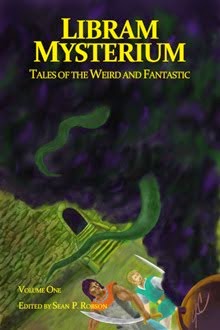 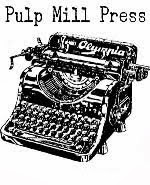